On Friday 21st March 2014, The Axholme Academy played host to the fourth ‘It’s a Knockout’ competition to raise money for Sport Relief. All of Key Stage 3 were involved, with students competing in their forms against other forms in their year group. They took part in fun races, which included sack races, egg and spoon races, hockey dribble races and skipping races, and each form were asked to wear their House colour.

The races were very hotly contested with form tutors cheering their form groups on and urging them to try their hardest, with Miss Whiting dressing up especially for the occasion. Each race had 10 students from each form competing in it and the form tutor ensured that everyone took part in at least one race. The races were measured out so that in each race, the form as a group covered a mile, to contribute towards the ‘Sport Relief mile’.

All students were asked to gain sponsorship for the event and we had a non-uniform event on the day. All of the students and staff had a fun afternoon and were extremely pleased with the amount they raised on the day which is £530.00 so far 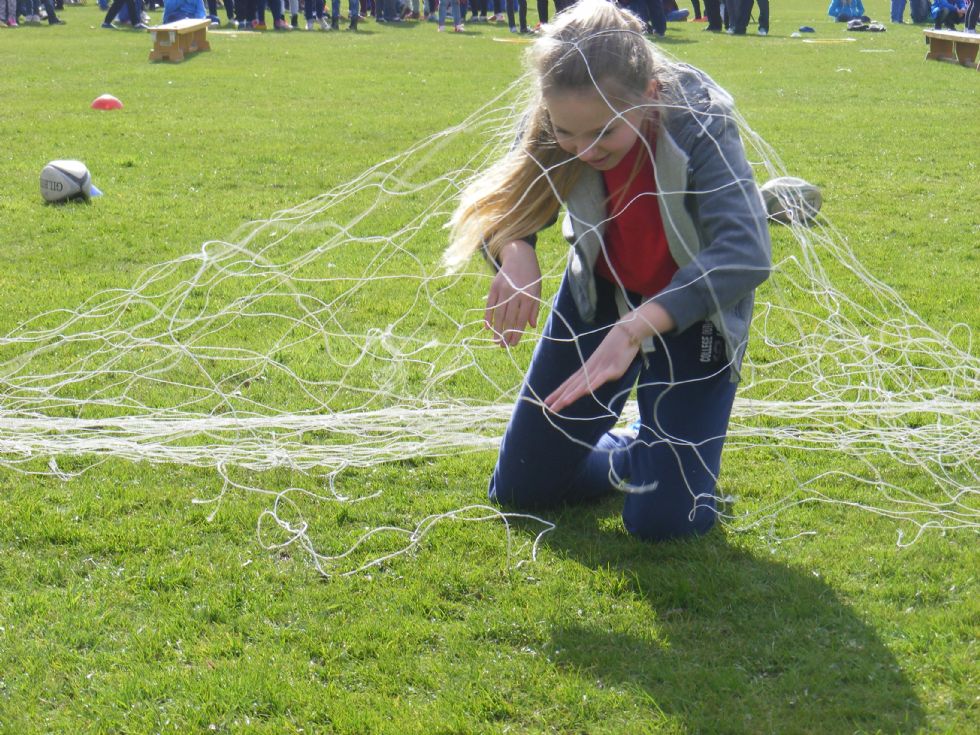